A Year of Service

For the past year, Naomi Gossement ’11 and Sam Freeman ’11 have been living in Wakefield, England and volunteering at Pennine Camphill Community, a residential college for students with learning disabilities such as autism, Down syndrome, and fragile X.

The school, which offers education and training, provides structured workshop learning sessions and family-style households in a community setting. There is a farm where students and staff raise pigs, sheep, cows, and chickens. They also have a garden, stables and a riding school, and craft workshops like basketry, weavery, woodwork, and pottery. At Pennine, which is a registered charity, Gossement and Freeman have worked with volunteers from all over the world, inclu 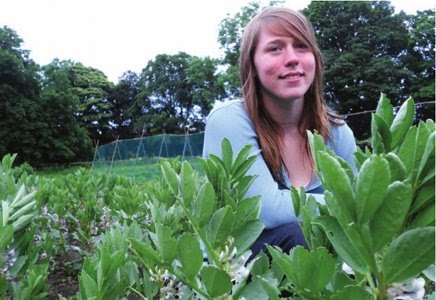 Gossement spends Monday through Friday mornings working in an organic garden that helps to feed the community. The first thing she does every morning is fill out and deliver vegetable orders for the ooks who make lunch. ´The garden is unique in that the work changes day to day. I’ve done weeding, planting, harvesting, making and sterilizing compost, barrowing manure, pruning, pricking out and potting up seedlings, transplanting, watering, hoeing, digging, and the list goes on, ” says Gossement. On Fridays in the garden, she has been working to complete a horticulture National Vocational Qualification, which is a work-based award that is achieved through assessment and training. 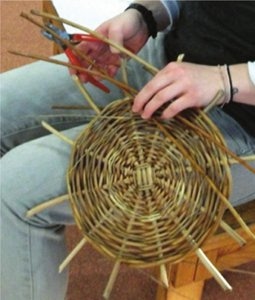 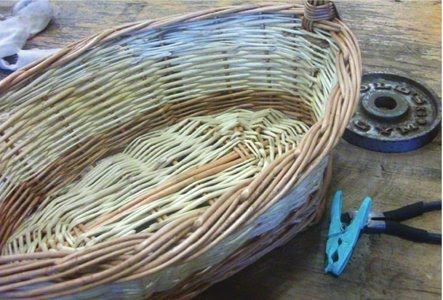 In the afternoons Gossement works in the basketry. “I help students learn how to make baskets out of willow,” she says. While Gossement says has taught a number of students, she’s worked the longest with a girl named Kathryn. “After learning how to make a basket start to finish (make base, upset base, base wale, weaving rand, wale, repeat, soak, top border, handle), she started to work on sculptures. First she made a bird that sort of looked like a heron, then a dinosaur. She just finished a dragon that hangs from the ceiling, which she painted all different colors and put felt spikes on.”

Gossement feels inspired by her students and their growth. “It’s really awesome when you work with a student on something and see them achieve it, and see them learn and become more independent, she says.

In the evenings, Gossement completes a number of domestic jobs at the house and finishes up work around 7pm. She also works either Saturday or Sunday with the residential students, but says that “it’s not really work ” because she gets to spend time with them watching movies, taking trips to town, shopping, and eating lunch. Freeman’s jobs at Pennine include carework, such as waking students up and getting them ready for their day, helping with housework, and supporting students in independent tasks. 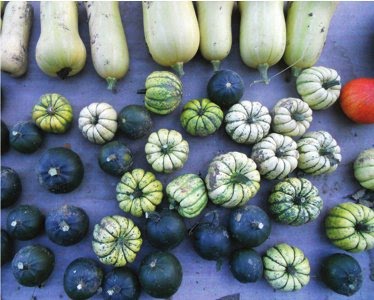 With two students, Freeman also runs the bakery, which produces all of the bread for the five houses in Pennine. “Prior to Pennine I had no experience baking. Even my attempts at cooking were, despite my efforts, not always pleasing. However, after a brief introduction and a few weeks of assistance from a mentor, I have been running the bakery for many months, producing 14–16 loaves of white, brown, eeded, and farmhouse bread four days a week, he says.

Both Gossement and Freeman believe that taking a gap year between high school and college has truly shaped their lives, and was one of the best decisions they’ve ever made. I have learned how to part of a family—a group of people working and living together day and night, becoming more than just a team. It has made my year here feel like a lifetime, in a good way,” says Freeman.

Freeman emphasized how much he has learned about responsibility this year, and how crucial it has been to the work he has done.

“I have also learned about the importance of individuality. It is something that we often take for granted. One of the most important parts of my work here is to help students to develop independence and choice-making skills. This can vary from choosing what they want to wear in the morning, to what workshops they want to be in and what things they want to learn. The goal is to make students as independent and able as possible so they can move on from college to the next phase of their life well prepared,” he says.

Freeman, who interned for Mairead Orpen’s fifth and sixth grade English class during his senior year at Innovation Academy, said that his experience working in her classroom was invaluable. “While I do not teach English, the time spent with that class gave me the patience and calm tone that works well with many of our students, a way of speaking and teaching that does not belittle the students or make them feel lesser, but rather encourages them and helps them to understand the importance of their work,” he says.

Gossement says she’s used Innovation Academy’s Outcomes throughout her time in England. “Of course the four Outcomes have come into use, that goes without saying, and they will for a long time yet, I suspect,” she says. “The most important thing I’ve carried overseas is the ability to be part of a community, and believing in my individual power to make a positive difference in the whole.”

Freeman agrees with Gossement, and says he wanted to volunteer a year of his time to Pennine Camphill Community because he wanted to help others. “I had a desire to do something greater than myself, to take on great responsibility in order to help make a difference in the lives of others,” he says.

In the fall, Gossement will attend UMass Amherst. Freeman plans to attend college starting in the spring. Before coming to England, Freeman was unsure of what he wanted to do after high school. Inspired by his work at Pennine, he now plans to study English and Special Education.