Success and Community at Brown

Jenzel Espares ’12 attends Brown University in Providence, Rhode Island, where he is a freshman pre-med student, majoring in either biology or neuroscience. This semester, Espares is taking a wide range of classes. His most challenging class, he says, is General Chemistry: Equilibrium, Rate, and Structure. “This class went straight into thermodynamics, and we are currently studying electron bonding models, such as VSEPR theory and Molecular Orbital Theory,” he says.

His other science course, The Brain: An Introduction to Neuroscience, is an extremely popular course at Brown, and taken by students at all grade levels. Espares says it’s his largest class so far, with around 400 students enrolled. “We started off with basic neuroscience (anatomy of the brain, action potentials, neurons and dendrites) and moved our way into sensory systems (vision, auditory, somatosensory, and motor), and then we are moving on into behavior (hormones, motivation, memory, addiction, sleep),” he reports. 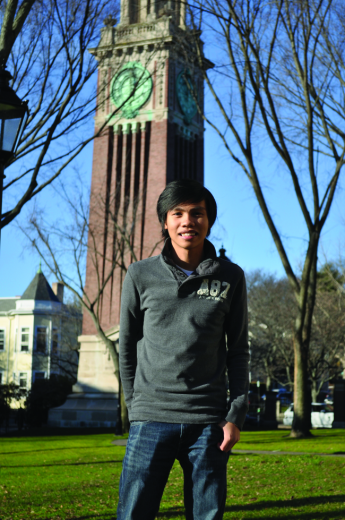 Espares decided to take Basic Chinese this semester because he wanted to learn the language. “I really enjoy the atmosphere and dynamic of this class! It’s that kind of class where you can just make a complete fool out of yourself and it’d be okay, because everybody is learning and at the same level as you,” he says. He also appreciates the small class size—there are only 13 students in the course.

Freshmen at Brown are encouraged to take a Freshman Seminar because the courses are only open to freshmen, and are usually capped at 20 students to encourage a more discussion-based class. For his fourth course, Espares enrolled in the seminar Death and Afterlife in the Biblical Tradition.

Although Espares says the class doesn’t relate to his intended major, he was interested in the subject matter. “In this class, we talk about death, burial, and mourning rites in the Hebrew Bible, as well as in other ancient texts, such as the Dead Sea Scrolls, the Epic of Gilgamesh, and Mesopotamian tales. This class has a special focus on the critical-contextual method as opposed to one more of a theological religious approach,” he explains.

While Espares acknowledges that the transition from high school to college can be overwhelming at first, he feels like Innovation Academy prepared him well. “IACS taught me to be able to manage my time wisely, to be able to work under pressure, to be able to push myself to work harder, and to stay optimistic and persevere in times of stress and hardship. Personally, I believe that effort has an exponentially larger impact on being able to succeed, as opposed to being innately talented in a certain area,” he says. “There is nothing in this world that can stop me from trying my hardest and attempting to defy what may seem to be the impossible. IACS has taught me that.”

Espares was drawn to Brown University in part because of the flexibility it allows him to shape what he studies. “I’ve really enjoyed taking advantage of my newfound freedom and independence exploring topics that I’m really interested in. Brown has its famous open curriculum, which exempts me (and everybody else) from ‘general education requirements’— this means that as long as I take the classes required for my major, I can take any class I want!” Espares appreciates the freedom to not just take courses related to his major, but to study other topics that interest him. 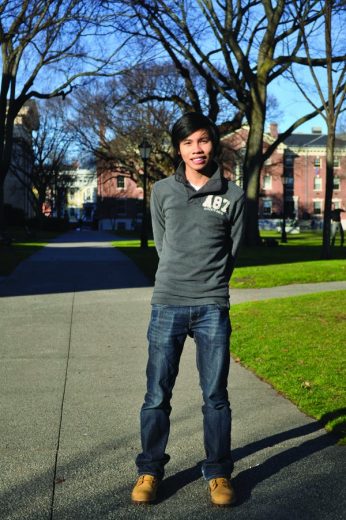 Espares has also found a strong sense of community at Brown. “While this campus is academically challenging, everyone here is extremely supportive! You would think that Ivy League colleges have students who are literally cutthroat when it comes to grades, but Brown is very easygoing and emphasizes the undergraduate experience while maintaining that high standard of academic expectations,” he says.

“Brown is only an hour and ten minutes away from home by car, and I can take a train back to Lowell on the weekends, but I’m not too close to the point where I feel like I haven’t left home at all. I really feel like Brown is the perfect school for me,” says Espares.