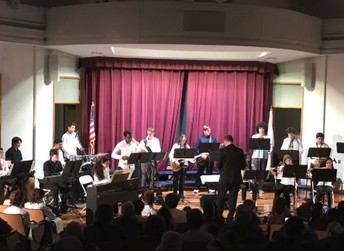 This week we were treated to a phenomenal winter concert that included performances by the Concert Choir, Chorale, and Instrumental Ensemble. Erin Lane directed the choirs as they performed ten different songs. One of the highlights was when the Concert Choir performed “Hold on the Rock” which featured solo’s by Sammi ONeil, Emily Klein, Aedan Maginnis, Ernestine Hallowanger, Khaleel Parrish, and Connor Lee. Another was when the Chorale, consisting of Thea Fennell, Anita Gulia, Abigail Kelsey, Cassandra ONeil, Alex Pace, Eva Richards, and Gabriella Umutesi, created their own unique percussion effects for the song, “White Winter Hymnal”. The Instrumental Ensemble did an outstanding job performing six different songs. One of these songs was an original composition that was written by the Ensemble during the semester. They titled the song “Let’s Dance” and it received loud applause by the audience (view “Let’s Dance HERE). The song even included an impromptu phone call by Andrew to order a pizza (a first for a Winter Concert). The loudest applause might have come after the musical duel between Tyler Donkoh-Halm (ukulele) and Andrew Shapiro (alto saxophone) when they performed the song “If You Want Me to Stay”, written by Sly Stone and arranged by the Instrumental Ensemble. These great performances are a result of the hard work of the students and their excellent teachers, Ms. Lane and Mr. Sciolla. If you missed this one, will have another opportunity in the Spring for the All School Concert on May 29th.

In other news, 8th graders this week were sent a form where they could sign-up to shadow a current high school student on January 30th. This is usually most helpful for students that are undecided on where they would like to attend high school next year and want to learn more about what the high school experience would be like at IACS. Additionally, we are having an Open House on Wednesday, January 16th from 6-8PM for all prospective students and families that are interested in hearing from current students, parents, and teachers about the high school program. 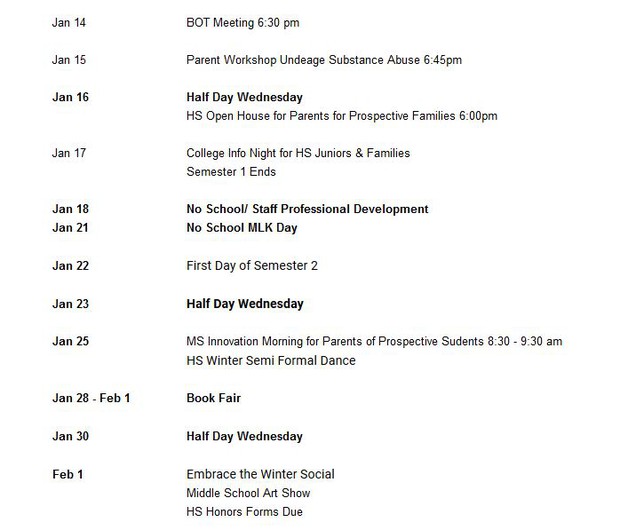 Snow Delay Information: A reminder, if we delay the opening of school on an Early Release Wednesday, we also change our dismissal time back to 3 pm.

Reminder about Upcoming Days Off: No School January 18 for Faculty PD day or January 21 for Martin Luther King Day

Parent/Guardian Workshop on Underage Substance Use- 1/15

Middlesex Partnership for Youth presenters will share a workshop for parents and guardians on underage substance use on January 15th at 6:45 pm in the auditorium. We’d encourage both families of middle school and high school students to attend to learn and discuss ways to keep kids safe and prevent underage substance use. MPY describes the workshop in this way: “Underage substance use continues to be a major issue in our schools and communities. While street drugs are readily available in many communities, teen drug users may easily obtain over-the-counter or prescription medications from a variety of sources, including their family’s medicine cabinet. Information about the opioid epidemic is included in this workshop.

There are enrollment open houses coming up this winter. Prospective Middle School families can attend on Thursday, February 7th from 6-8 pm. Please spread the word to friends and neighbors that could be interested.

The High School has an open house on January 16th from 6-8 pm. Families of current middle school students that would like to hear more about the high school program are encouraged to attend. 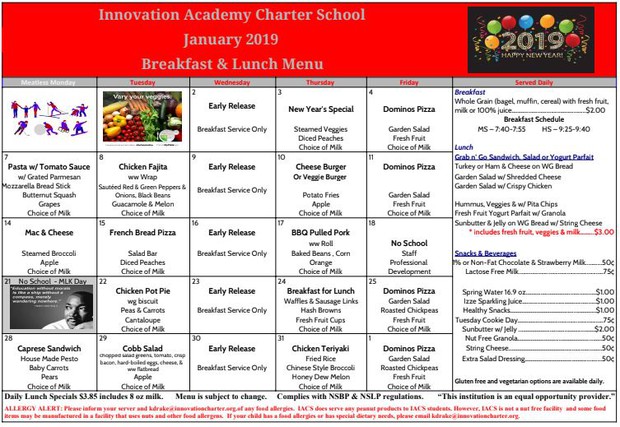 At our recent open house for prospective families, thank you to the many student volunteers! Students shared about their academic work and student experiences in sessions, others acted as “ambassador tour guides”, others gave out snacks, and high school NHS students provided childcare for younger siblings. The families that attended were grateful to be able to interact with students as well as teachers and ask questions about what it like to be a student at IACS.

The semester closes on Thursday, January 17th. Please remind your student about finishing out the semester on a strong note, completing any outstanding work or revisions as needed. Semester 1 Assessments (Report Cards) will be distributed roughly 2 weeks later. Students and families will receive an email when they are published to the portal.

Semester 2 will bring some shifts to student schedules. At the middle school, students will be shifting their semester-long classes. Students that started the year in Science will shift to Social Studies (and vice versa). Students that started the year in Wellness (Health and Challenge) will move to Art and Music (and vice versa).

After school instrumental lessons for band and instrumental ensemble students are coming to IACS! Students can sign up for private lessons in the high school music suite with qualified teachers. Options for instruments to learn are flute, clarinet, saxophone, trumpet, trombone, baritone horn, and percussion. Lessons begin the week of January 28th; sign up by January 21st. Sign up at the link here.

Due to an error on the part of the Department of Elementary and Secondary Education, we were notified this week that IACS had one additional recipient of the John and Abigail Adams Scholarship. The rest of the winners found out in November, but Cory LaFond was pleased to find out this week that he also received the scholarship which is based on earning high achievement on the Math, ELA, and Science MCAS exams. Congratulations Cory and sorry for the delay!

Jan 17th, 7pm – College Kick Off for Juniors and their Parents

We still have some planners for sale. Keep track of all the due dates for homework, revisions and projects! Only $3. Students should contact Crystal in room 230 to purchase.

Snowcoming is 23 days away! Tickets will be sold during every lunch from now until January 25th for $10. Tickets purchased at the door are $15. Students that have not completed their community service hours for tardies to school may not attend this dance.

Students were sent an email this week on how to request changes to their schedule for semester 2. Requests for changes will be accepted up until 5pm on January 28th (5 school days after the semester begins on 1/22). All changes that can be made will be done by the morning of 1/22 and students will receive a printed copy of their schedule during a short advisory block that morning. 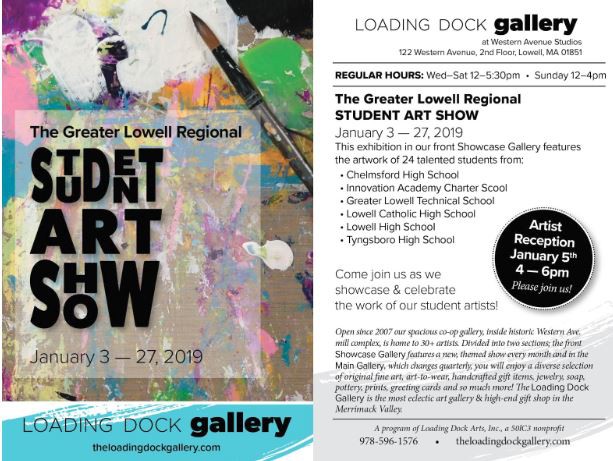 As the first semester ends and the second begins its time to start thinking about all the cool things to come like Snowcoming, Endersession, and spring sports. But don’t forget about yearbooks, so you’ll be able to remember all those awesome events! Buy your yearbook today for only 40 dollars. You can either order online at schoolannual.com or with an order form (available from Ms. Anthony or Ms. Morocco). It’s simple to do and it’s worth it! The last day to order is March 22nd.

HS PHOTOS OF THE WEEK 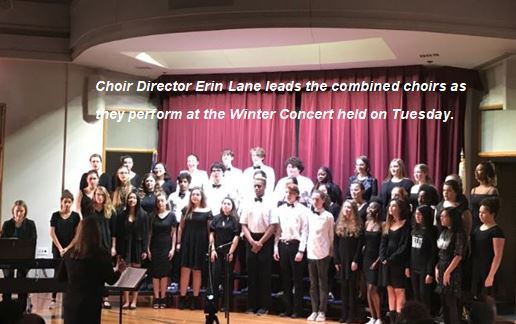 GIVING BEAN FUNDRAISER, NOW THROUGH 1/31: Paperwork for this season’s fundraiser was handed out this week, though orders are accepted online with the organization name, IACA. Giving Bean roasts and ships direct to customers and makes a great gift or personal treat. The fundraiser runs through January 31. 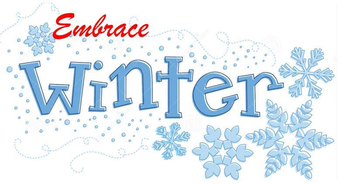 EMBRACE WINTER: Shake the winter chill with a warm night of family fun! Our annual Embrace Winter social is scheduled for Friday, February 1 from 7-9 p.m. Look for MS student art displays, family bingo and our famous raffle baskets, made possible by YOU and lovingly created by our generous volunteers. Angela Caputo Griswold is actively seeking themed donations from families of every grade. See the attached flyer for your grade’s theme. Alternatively, you can click here to make a cash donation for our basket creators to buy items to include. 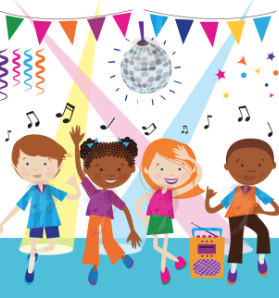 LET’S DANCE! WINTER SOCIALS: This season’s middle school dances are scheduled for Friday, March 1 for grades 7/8 and Friday, March 8 for grades 5/6, 7-9 p.m. Chaperones are welcome, as are donations of packaged snacks and Capri Sun juice pouches. Contact coordinator Fabiane Kelley at fabykelly@gmail.com to help out.