We have a lot to celebrate this week at the high school! First, here is a message from Director Rhonda Hawthorne about the musical that begins on Thursday:

Please join IACS Performing Arts for a hilarious production of "Spamalot – School Edition." This musical takes you on King Arthur’s quest for the Holy Grail while encountering the Knights of Ni, flatulent Frenchmen, catapulting cows, killer rabbits and the Laker Girls Cheerleaders. The Broadway hit is lovingly ripped off from the motion picture, Monty Python and the Holy Grail and was nominated for 14 Tony Awards, winning three, including Best New Musical. The original cast included Tim Curry as King Arthur and John Cleese as the Voice of God. The show went on to run for four years and 1,575 performances, and has been revived in numerous national tours across the world. 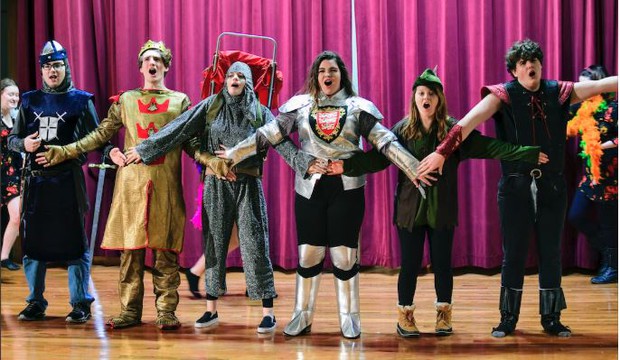 Leading the IACS production’s quest is King Arthur (Ian Fastert) with his trusty servant Patsy (Tess Colella). Playing his gallant knights – and a broad assortment of other characters – are Justin Ginnett as Sir Lancelot the Homicidally Brave, Eva Richards as Sir Robin the Not-Quite-So-Brave-as-Sir-Lancelot, Jenna Green as Sir Galahad, the Dashingly Handsome, Shaun Fraser-Mines as Sir Bedevere, the Strangely Flatulent, Lexy Lee as Herbert, Michael Fertitta as Herbert’s Father and Abigail Kelsey as The Lady of the Lake. Show-stopping musical numbers such as "Always Look on the Bright Side of Life," "You Won’t Succeed on Broadway" and "The Song that Goes Like This" are just a few of the reasons audiences worldwide are eating up “Spamalot!” Spamalot – School Edition, with book and lyrics by Eric Idle and music by John Du Prez and Eric Idle, is presented with permission from Theatrical Rights Worldwide.

Performances are March 14 and 15 at 7pm and March 16 at 2pm and 7pm. Tickets are available by searching "Innovation Academy" on eventbrite.com or by following the link at innovationcharter.org/theater. Tickets are also available at the door. In an interview with the Las Vegas Review-Journal John Cleese (founding member of Monty Python) said, "I defy anyone to go and not have a really fun evening. It’s the silliest thing I’ve ever seen."

In other news, we want to wish good luck to some of our student athletes this weekend. The Cheerleading Team, coached by Jennifer Riley, placed 2nd in the North Regionals last weekend. This performance gained them a spot in the State Finals at Tantasqua Regional High School. They will be competing around 2pm on Sunday, March 10th. This is the first time IACS has ever qualified for the state tournament and we hope the team has their best performance of the season! 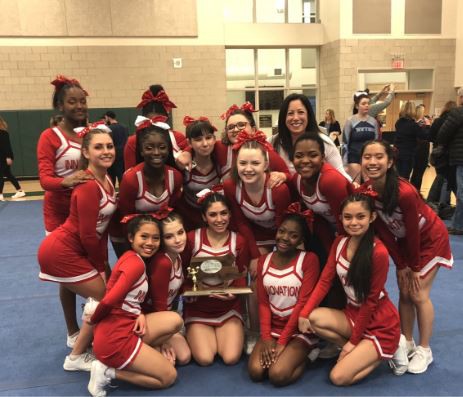 Also, IACS senior Aiden Felty continues to break records in each meet that he participates in this year. Last weekend, Aiden became the school’s first ever New England champion! Aiden’s 2nd throw, 66’ 10 ¼”, not only put him in first place for the meet, but also beat the previous meet record by 4 ½ feet, which was set back in 2001. Check out a video of his throw HERE. We hope Aiden has another record-breaking performance when he competes at Nationals this Saturday in NYC. Good luck Aiden and Coach Thornton!

Last, but not least, we want to congratulate senior Carrie Brooks, who has advanced to the Massachusetts State Finals in the Poetry Out Loud competition! Over 20,000 students participate in Poetry Out Loud in Massachusetts, and Carrie is one of 25 finalists, putting her in the top .1% of Massachusetts competitors. She will recite her poems at the State Finals, beginning at 9:30 AM on Sunday, March 10 at the Old South Meeting House in Boston. Please enjoy this video of Carrie’s presentation of “Planetarium” by Adrienne Rich from the Newburyport state semi-final. Thank you to Ms. Ford for running the Poetry Out Loud competition at IACS this year and good luck in the finals Carrie!

We are very impressed with the hard work, talent, and determination that our students have displayed this year and while the cheerleaders, Aiden, and Carrie have already achieved so much, we wish them all the best when they compete this weekend. I also hope everyone is able to check out one of the shows of Spamalot next week…the cast and crew have been working very hard and I expect it will be another great show. Go Hawks! 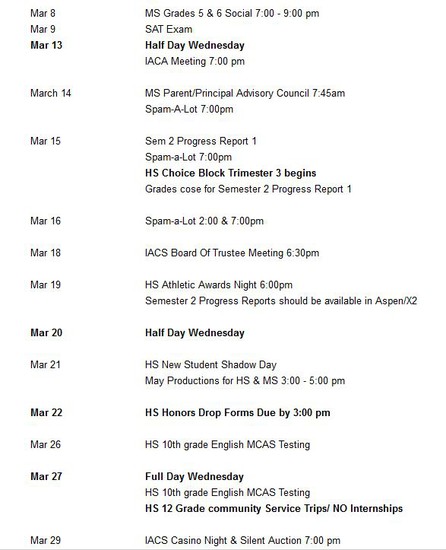 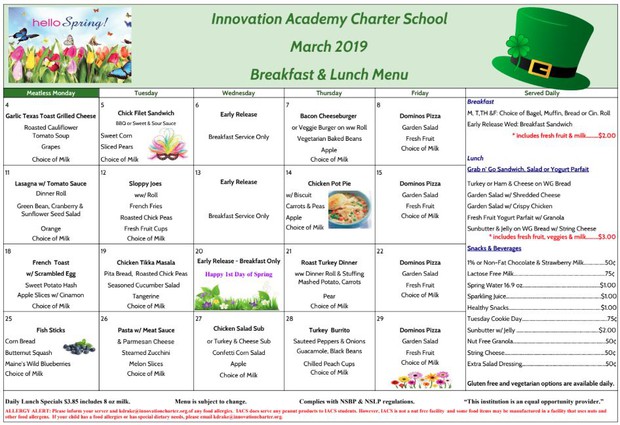 Spring is just around the corner…we hope! Mark your calendars for the:

Looking for summer programming for your child? Stop by the Old Yellow Meeting House in Dracut on 3/12 at 7 pm to learn about area activities for kids this summer. Click here for more details, including which programs plan to attend.

We are looking for a few more people to join our substitute teacher pool. As the winter and flu season are now in full swing we need to ensure we have enough substitutes to give your students uninterrupted learning. If you or a friend are interested in learning more about becoming a substitute at IACS please fill out the availability form. Half day and full day subbing opportunities are available. IACS pays $25 per hour up to $100 per day maximum.

Email the Athletic Department at iacsathletics@innovationcharter.org with any questions or concerns.

Please join us for the School Version of the hilarious musical SPAMALOT! 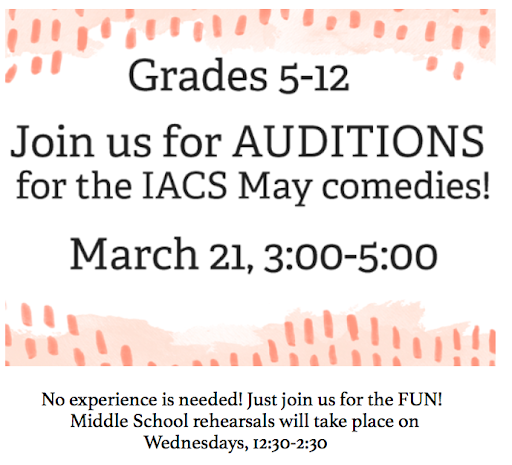 Join us for Performing Arts Camps this summer, for students finishing grades 4 through 12! Camp has a free, public performance on Friday night. Don’t miss your chance to shine on stage! Find information here.

Scholarships are available and are based on need. Please email rhawthorne@innovationcharter.org with any questions! 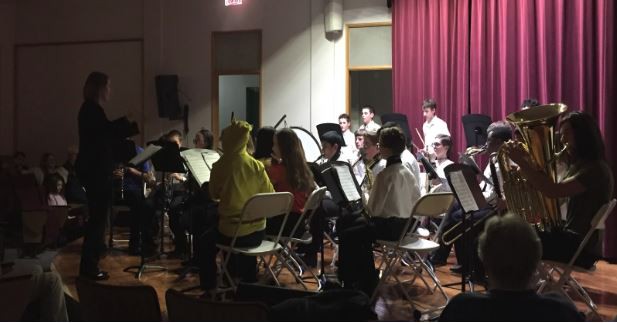 Congratulations to the middle school beginner and advanced band. They worked hard to put on an amazing pops concert in two short months since the December concert. The audience was bopping in their seats to familiar tunes and admired the work of student soloists Trent and Andre. Congratulations! 0

IACS has two teams of 4 that are going to the league finals and are playing against each other. They beat out 6 other teams of 4 Archers. Good luck and congratulations to the finalists: Team IACS Hawks (Alex Grove, Emily Hanlon, Tim Paniliatis, and Sawyer Morgan) vs. Team IACS Mustangs (Lindsey Donald, Alex Frey, Sam Randlett, and Elijah Zanelotti.) 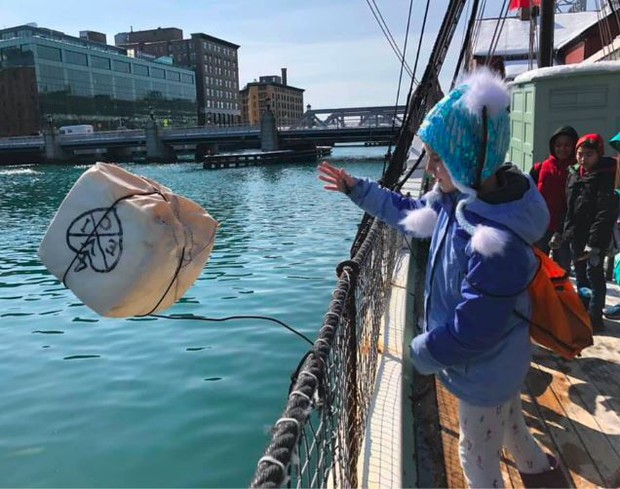 Tossing tea into the Harbor

Fifth grade social studies students traveled to the Boston Tea Party Museum this week to learn more about the events that led to the American Revolution.

Tickets are $5. Pizza and snacks will be for sale. 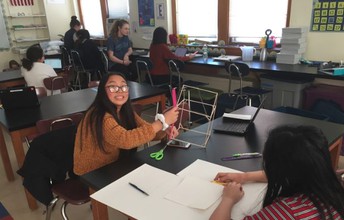 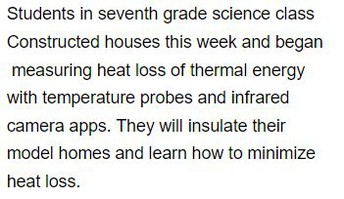 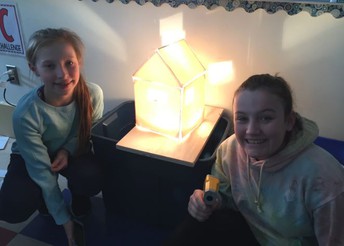 NEW THIS YEAR! You can now order and pay Onlinebit.ly/MS-Yearbook

March Seniors of the Month

Congratulations to Shelby Sylvain and Abby Kelsey for being recognized as our new Seniors of the Month! Shelby has been busy with the Cheerleading team, planning her senior project and also helping Ms. Deknatel educate the freshmen about the importance of having a good start in their first year of high school. Abby does an excellent job balancing her school work, chorale, and performing in the school theatre productions. Come see her next week in Spamalot! Both Shelby and Abby are kind and thoughtful classmates that always (almost always) have a smile on their faces that brings a real positive energy to our community. Congrats again to Shelby & Abby!

Interesting Article: 10 Reasons Teens Have So Much Anxiety Today

As the first semester ends and the second begins its time to start thinking about all the cool things to come like Snowcoming, Endersession, and spring sports. But don’t forget about yearbooks, so you’ll be able to remember all those awesome events! Buy your yearbook today for only 40 dollars. You can either order online at schoolannual.com or with an order form (available from Ms. Anthony or Ms. Morocco). It’s simple to do and it’s worth it! The last day to order is March 22nd.

Bus tickets for the Lowell Regional Transit Authority are on available to purchase for $1 per ticket. See Dr. Arnold or Crystal to purchase. Monthly passes are still only available from the Gallagher Terminal in Lowell.

Act fast! As of Friday, March 1, there only 21 days left to buy a yearbook, and you definitely won’t want to miss out on getting one. Yearbooks are a great way to remember the school year, and look back on all those fun memories with your friends! The last day to buy a yearbook is March 22nd, so buy yours today! Yearbooks are $40 and you can either order them online or order forms can be found near Ms.Kelly’s office and passed in at the main office or passed in to Ms. Anthony or Ms. Morocco.

HS PHOTO OF THE WEEK 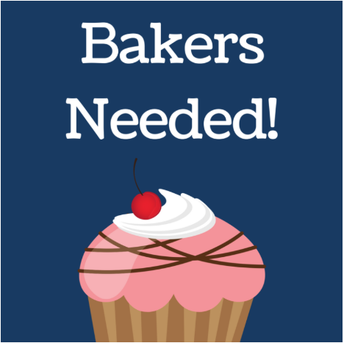 We are super grateful for the folks who have already volunteered to bake for the famous Live dessert auction at Casino Night, Thank you. We could use a few more treats if your feeling up to baking (or buying) We are in need of items that do not need refrigeration.

If you are able to help with any of the above items, Please contact Annie Accettullo at candystp@yahoo.com. Thank you! 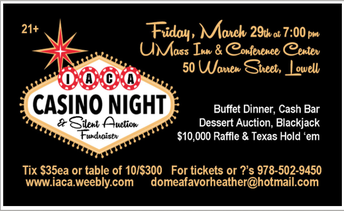 Pick up your tickets now for our annual Casino Night, to be held at the UMass Inn and Conference Center on March 29. (this is a 21+ event) Tickets are just $35, or grab some friends and fill a table (10/table) for $300! This fantastic night of fun includes a buffet dinner, Casino games (for fun) silent auction and live dessert auction. Contact Heather Landis to purchase tickets – 978-502-9450 or domeafavorheather@hotmail.com Hope to see you there!

Have you sold the 5 tickets that were sent home before February break? If so please send them in with your student to the main office. The student who sells the most tickets will win $1,000 and EVERY advisory that sells a total of 25 tickets will win a pizza party. If you need more tickets please see Mrs Landis in the Library. Good Luck to all! 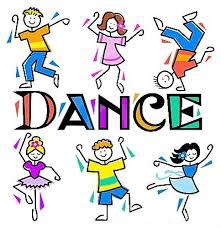 THE 5/6 DANCE is tonight! Thank you to everyone who has pitched in with time or donations.