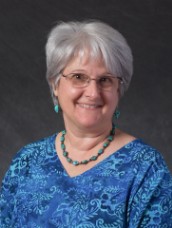 Marybeth Bush attended North Adams State College (now known as MA College of Liberal Arts) where she worked in the Admissions Office while earning her BA in Biology. After working in the scientific/medical field for several years she took time off to raise her 3 children. Upon re-entering the work force she worked at a local Montessori school as a teacher’s aide and before school care giver. She also taught parenting workshops at several local schools including Murdoch Middle School. Marybeth started volunteering at Murdoch in 2002 when her oldest son joined the school, and is still part of that community today. She joined IACS as a part time employee in the Admissions/Enrollment office in 2010, she now also helps co-ordinate the busses.