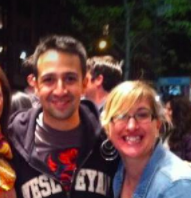 Rhonda has been directing drama for 20 years. She graduated in 1998 from Eastern Nazarene College and continued her studies in Latin American Literature and Drama at the University of San Jose, Costa Rica. After graduating from that program, Rhonda taught in primary and secondary schools in Guatemala, Nicaragua and Costa Rica. Rhonda was part of the founding team of a public school in Lagos, Nigeria where she helped to build the school and taught there. Outside of school Rhonda likes to dance, swim and spend as much time as possible with her husband and their daughter.