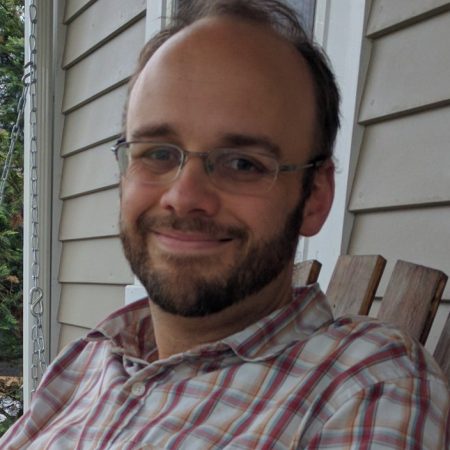 Tom Hinkle came to IACS as one of the founding teachers of the new high school in 2007. Tom came to the school with an M.A.T. in the Teaching of English and an A.B. in Comparative Literature from Brown University and experience teaching Spanish, English and Computer Science. Tom has worked as an advisory coordinator, coordinator for the English and Spanish departments, and the advisor to The Innovator and has enjoyed working with students on a variety of extracurriculars including cooking, computer programming, and writing and recording songs. Most recently, Tom has taken on teaching Web Design and Computer Programming in the High School Science Department.

With a long time interest in computers and experience as an open-source software developer as well as a teacher, Tom stepped into a role advising the school in technology soon after joining the faculty of IACS in 2007. Since then, Tom has played a variety of roles helping the school manage its technology as well as teaching. Beginning in 2014, Tom stepped into the role of Director of Instructional Technology, which involves working with classroom teachers on the use of technology as well as setting the direction for technology use at the school. Tom also manages the website, works with student interns in computers, and enjoys computer programming whenever he gets the chance.

"Playfully doing something difficult, whether useful or not, that is hacking."