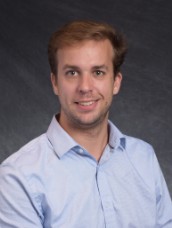 Travis joined Innovation Academy in 2017. Travis received is undergrad degree in Integrated Marketing Communications from Ithaca College in 2012. After 3 years working in the business world he decided to switch careers and pursue on of his great passions, history. Travis earned his Masters in Education from Lesley University in the Spring of 2017 and joined IACS the following school year. In addition to teaching courses on American History, Terrorism, Ancient Rome, The Civil War, and The Cold War to name a few, Travis coaches Girls Soccer in the Fall and will be Coaching track and field in the spring. Travis enjoys playing soccer, skiing, Star Wars and other fantasy stories, and hanging out with his dog Zola!